So you’re thinking of doing Arena and PvP in WOTLK Classic? Well, we have the article for you! This list will review the best Arena team comps and rank them in a simple-to-read tier list. If you struggle with knowing what class to play for PvP, check out our guide on the best PvP characters in WOTLK.

Without further ado, let’s get into what arenas are to those who are unfamiliar and the tier list.

What is the Arena in WOTLK?

The Arena is a PvP area like a stadium where teams of 2-3 will challenge another group of 2-3 players. The team that successfully eliminates the enemy will win large amounts of honor/ arena points, earning them gear and titles. If you’ve played TBC Classic, you will already be familiar with the concept, but in WOTLK, more teams than ever will be participating. Have you got what it takes to join the arena? If so, follow our tier list and get some friends for the ultimate team combos.

WOTLK has the option of playing in 2v2s or 3v3s. First, we will go over the five best compositions for 2v2s.

Starting at Number 5, we have the Affliction Warlock and Restoration Shaman duo. This duo is known for its incredible amount of CC (crowd control) effects and spell interruptions. The benefit of this duo is the Affliction Warlock deals great DOT damage while the Restoration Shaman heals and interrupts casting. The weak point and why it earns its spot as number 5 is due to the squishiness of this duo, making it a higher skill cap to master.

Number 4 Retribution Paladin and Any Class

Moving on down the list at halfway, we have Discipline Preist and Feral Druid. This comp is very utility based, having some of the best roots (cc effects) while providing massive shields and heals from the Discipline Priest. Druid has seen some of the most play during TBC Classic Arenas, and for a good reason; their utility and tankyness provide for tough opponents. We put this one up a little higher than we would like because the skill of the Discipline Priest must be Top Tier to survive being focused in the Arena.

Shadow Priest and Rogue make it comfortably to number 2 on this list. The reason for such a low spot on this list is because of the high crowd control effects these two classes can output. The new crowd control effects from Shadow Priest make it one of the most powerful classes in WOTLK Classic PvP; pairing that with the Rogue’s ability to keep someone down makes for a dangerous duo.

We all knew this was coming; Holy Paladin and Arms Warrior easily take the number one slot. Holy Paladin is the strongest duo healer in WOTLK Classic; paired with the DPS and Tankyness of an Arms Warrior makes this team unstoppable. This duo team will permanently be in the top tier bracket of Arenas.

If you’re looking to do arenas with two or more friends, try out these comps for the ultimate team, starting with:

The squishiest classes in the game earn themselves the respectable 4th place on this list as they deal some of the biggest burst damage while having great control on the battlefield. They place 4th and not lower because of their vulnerability, as there is no front-line tank absorbing most of the damage; however, they deal enough damage to knock out any player easily.

The problem with number 4 was the squishiness; this group makes up for that by having a front-line health tank, fast healing, and great crowd control. Their damage may not be as strong as number 4, but their survivability, control, and utility make up for the lost damage securing them a spot at number 3.

Not quite making it to number 1, but a solid number 2 goes to Arms Warrior, Elemental Shaman, and Retribution Paladin. This one is self-explanatory but having the two plate wearers at the front providing tankiness and off heals allows for a sustainable duo. At the same time, the elemental shaman does crowd control and massive burst damage making this a solid number 2 on the list.

Before we get onto number 1, check out our store and get your hands on the best PvP gear to get your group ready to take on any team in Arenas.

This group should be no surprise to everyone as these three plate-wearing brutish classes can pummel their way to the top of the ladder. Their CC and an insane amount of damage mean they can take one person out of the enemy team within seconds while taking all kinds of damage with the Holy Paladin unable to let them die. This group is by far the most popular and easiest to play, making it the best arena 3v3 group in WOTLK Classic.

We hope you enjoyed our list; if you think we missed some, let us know; we are always happy to hear your best combinations. As always, check out our store for cheap gear, boosts, and WotLK gold deals, and while you’re at it, check out our other guides on WOTLK Classic. That’s it from us today; as always, best of luck in the arena! 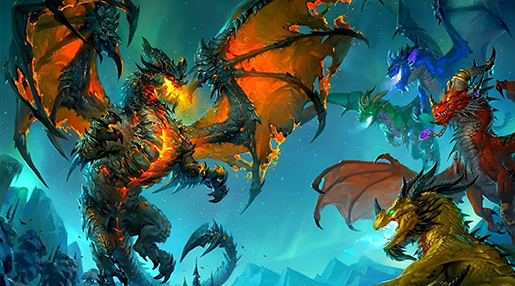